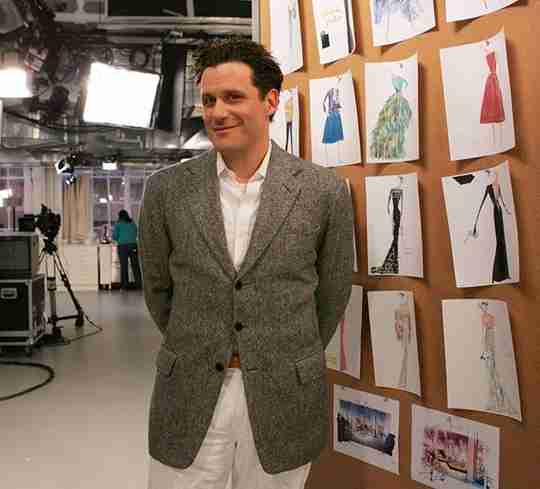 Isaac Mizrahi is an award-winning fashion designer celebrated for his captivating, audacious, and often surprisingly simplistic designs. He is known for using color in bold, innovative ways.

Isaac Mizrahi’s designs have defied categories and pushed boundaries. He has designed clothing for Hollywood’s elite, large retail chains, and film and theatre.

Who is Isaac Mizrahi?

Fashion designer Isaac Mizrahi was born in 1961 in Brooklyn, New York, of Syrian Jewish descent. He was the youngest child and only boy in his conservative Jewish family.

His father, Zeke Mizrahi, was a children’s clothing manufacturer, so Mizrahi was introduced to clothing production at a young age.

Isaac Mizrahi’s mother, Sarah Mizrahi, was a homemaker with an eye for detail in fashion. Isaac called her, “... a very stylish dresser for her world.” She had strict fashion rules.

Mizrahi’s affinity for fashion design was apparent even as a child. He recalled sketching clothing designs in his prayer book while still in primary school.

At age 10, Mizrahi got a sewing machine and began designing and sewing clothes for puppets and later for his mother. His mother always pushed him to be better.

Mizrahi started his first fashion label, IS New York, while just 15 years old. His sketches caught the interest of designer Ellie Fishman, who encouraged him to pursue fashion design.

Mizrahi went to college at Parsons School of Design while working part-time for designer Perry Ellis. When he graduated in 1982, Mizrahi continued to work for Perry and later for Calvin Klein. 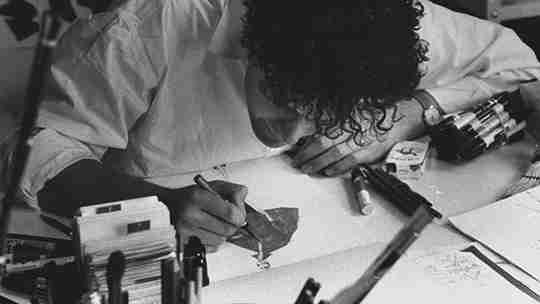 In 1987, Mizrahi started his own business. His designs were instantly popular. In 1988, he won the Perry Ellis award from the Council of Fashion Designers of America.

Mizrahi went on to win the women’s wear designer of the year award in 1989 and again in 1992. His collections were confident, exuberant, and alluring.

In 1995, Unzipped, a documentary about the production of his fall 1994 collection, was released. It showed Mizrahi’s creative process and emotional investment in his collections.

The film received a positive reception. At the 1995 Sundance Film Festival in Park City, Utah, the film won the audience award for documentaries.

Before the film, Mizrahi was already a big name in the fashion industry. The film now launched him into stardom with the general public.

Despite his rise in general popularity, however, Mizrahi’s fashion line still struggled to profit. In 1998, he lost financial backing from Chanel and had to change directions.

After this, Mizrahi turned to costume design for several theatre productions. During this time, he won the Drama Desk Award for Outstanding Costume Design for The Women in 2002.

He also started a talk show, The Isaac Mizrahi Show, which aired on the Oxygen network from 2001–2003.

In 2005, Mizrahi partnered with Target to develop stylish yet affordable clothing accessible to the general public.

After Liz Claiborne’s death in 2007, the Liz Claiborne brand needed a celebrity designer, someone whose work was widely recognized and was a household name. Mizrahi naturally fit the bill.

Mizrahi left Target in 2008 to help reinvent the Liz Claiborne brand. He continued with Liz Claiborne until 2011 when Xcel Brands purchased the brand bearing his name.

In the last decade, Mizrahi has expanded into housewares, shoes, and a fragrance line as the Chief Designer of Isaac Mizrahi brands and developed his performance art and cabaret.

Mizrahi was honored with an exhibit at the Jewish Museum in New York City in 2016. The exhibition featured his clothing, sketches and photographs of designs, and film presentations.

From 2012–2019, Mizrahi served as a judge on Project Runway: All Stars. He gained notoriety as being a tough-love judge and struggled with the way audiences perceived him.

Mizrahi published his memoir, I.M., in 2019. The book was well-received as intimate, honest, and humorous.

Designer Isaac Mizrahi’s current clothing lines, IMNYC and Isaac Mizrahi Live!, are smart, timeless, and sophisticated. You will find the pieces in his collections to be sensible and cute. 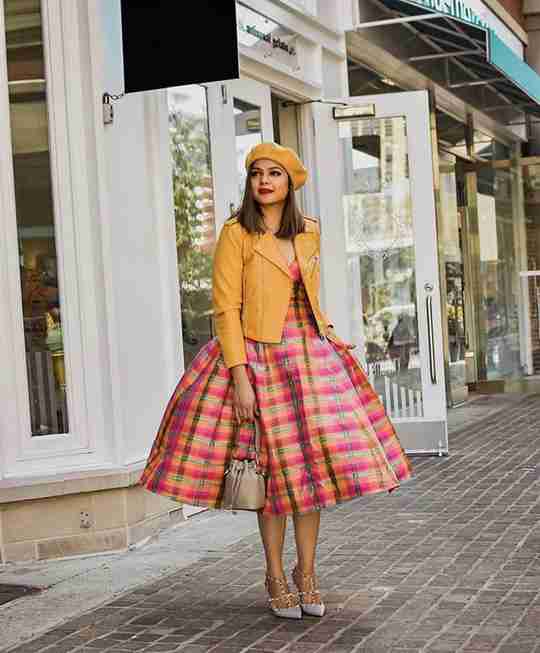 Mizrahi’s goal is to solve problems and infuse fashion with humor and personality. It’s not a surprise, then, that his current fashion line does just that.

Mizrahi’s collections for women are practical and smart yet blend these characteristics with vibrancy and the unexpected.

His line offers wardrobe essentials in classic blacks, whites, and greys. Most of the clothing choices are solid colors, although there are some stripes, plaids, and animal prints.

Mizrahi has a passion for lace that is evident in his collection. He has created a selection of lace pants, cardigans, and camisoles in a range of striking colors.

The surprising use of color, a Mizrahi trademark, is found in the brilliant cardigan or bold floral dress, but overall, Mizarhi’s current clothing line is conservative: flattering but not flashy.

Mizrahi’s jewelry style is similar to his clothing. His collection includes simple jewelry classics that every woman needs but also includes some stunning, colorful show-stealers.

Mizrahi loves long necklaces and stackable bracelets. He will take a simple outfit of solids and transform it with jewelry to add personality and fun.

Overall, Mizrahi’s collections contain pieces that you will feel good about wearing to work but might choose to wear on a lazy Sunday, too. 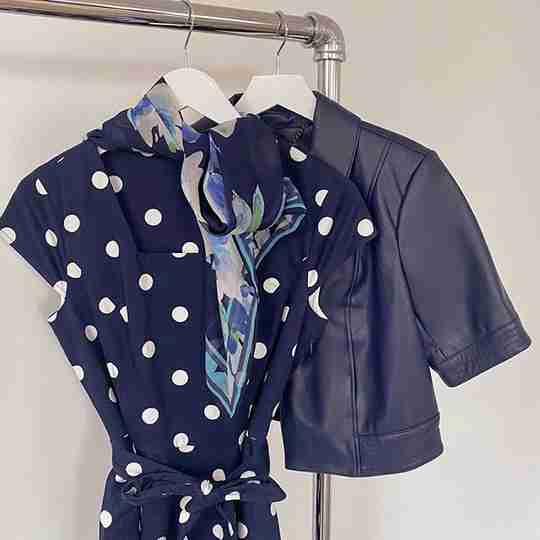 Fashion designer Isaac Mizrahi’s singularity is his stunning use of color. Mizrahi starts every design with color. Attention to color and audacity are seen in his vibrant designs.

Mizrahi has been known for his use of color throughout his career. He earned fame early on in the fashion world for creating strikingly colorful dresses. 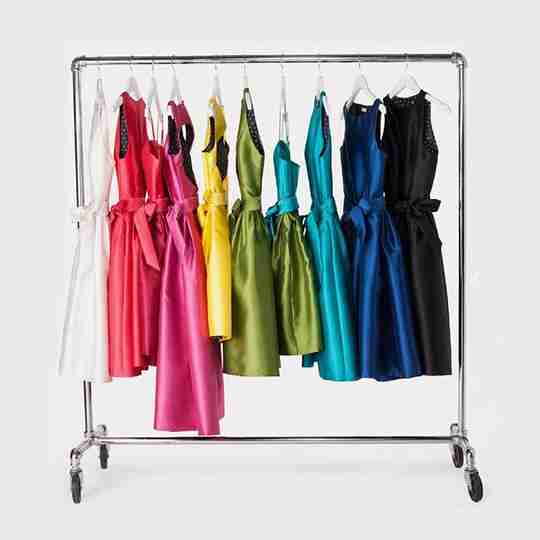 Mizrahi isn’t afraid to use color boldly but also knows how to temper his fierce colors with classic solids and smooth curves, giving his outfits a clean, professional look.

Mizrahi’s clothing is fun and radiant. It refuses to be quieted or ignored. Isaac Mizrahi's larger-than-life personality speaks through his clothes. It is essentially confident.

Comfort paired with style is another Mizrahi specialty. Think work pants that feel like pajamas and cardigans that lend a polished look but are comfy enough to wear around the house.

Isaac Mizrahi isn’t into being edgy; he’s into having a sense of humor and a dose of innovation. He doesn’t ask how to make waves but rather how to make fashion real.

Who should wear Isaac Mizrahi’s clothes? Women who want to wear enduring styles with a splash of flair will find Mizrahi’s collections precisely what they are looking for.

Mizrahi’s collections are not trendy nor risky. If you are a woman who wants to express a wild side or inner rebel, his clothing is probably not for you.

Similarly, if you are a woman who doesn’t feel like her best self in clothing that is notably feminine, Mizrahi’s styles won’t be a good fit. After all, Isaac Mizrahi is passionate about pink!

If you are a working professional wanting to be cute and feminine yet clearly mean business, Mizrahi’s line is something that will likely appeal to you.

If your profession requires you to be on the move or be in lots of different positions throughout the day while looking your best, Mizrahi’s line will be just what you need.

His knack for combining comfort with style is an excellent draw for you if you want to feel fabulous in your outfits throughout the whole day, no matter what your job calls for.

Mizrahi’s collection isn’t all business, however. It also contains appropriate pieces for a full range of events, from the evening cocktail party to the casual backyard barbeque.

Whether your lifestyle is that of a corporate executive or a stay-at-home mom, Mizrahi’s clothing line is sure to make you feel confident and cute all day long.

Mizrahi’s clothing is timeless; there is no specific age of woman who should wear it. Young and mature women alike will feel attractive in Mizrahi’s styles.

Where can I buy Isaac Mizrahi products? 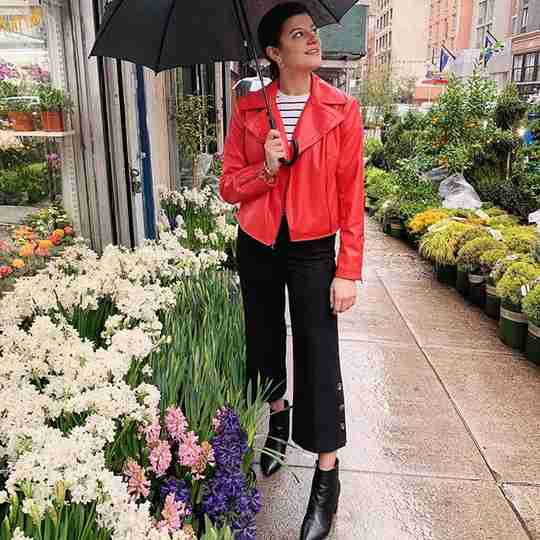 A significant drawback to Isaac Mizrahi’s products is their availability for purchase. No major clothing retailer with physical stores regularly sells Mizarhi’s collections.

These companies, along with Dillard’s and Revlon, are currently partners listed on Isaac Mizrahi’s website. Dillard’s, however, has no Mizrahi clothing available on their website.

Stocks of Isaac Mizrahi products from the other companies are minimal, and most items are on clearance, giving the impression that they have likely discontinued these lines.

That said, a selection of pieces from Isaac Mizrahi Live! is available from resellers like Chel’s Clothing Closet and Amazon.com. Isaac Mizrahi is a fashion designer who has stood the test of time. His clothing continues to be timeless, cute, and sophisticated.

Mizrahi’s designs will be sure to appeal to any woman who loves to be comfortable while looking fabulous and feminine for any occasion.

Mizrahi clothing isn’t ideal for women who prefer trendier styles or are not too keen on feminine flair and bold, bright colors.

Since Mizrahi’s clothing collections are sold primarily through a home shopping network, buying them isn’t as convenient as it could be if they were sold at a major retail store.

Nonetheless, if you have fallen in love with Mizrahi’s collections as much as I have, you might find that shopping off the TV or hunting for other places to buy his products is worth it.

A purchase of Mizrahi clothing is something you will not regret! It will have you feeling comfy, classic, and cute, no matter when or where.