Do Amore Reviews: The Truth Behind Their Ethical Jewelry

The brand claims to sell fine jewelry that’s ethical and that a portion of the purchase goes to support people in need through clean water.

But then again, every jeweler talks about “ethical jewelry.” Is Do Amore any different? Or do they just use an empty marketing tactic like their competitors?

I’ve done extensive research on the company and have a definitive answer.

Read on to find out what I discovered.

About Do Amore and its founder 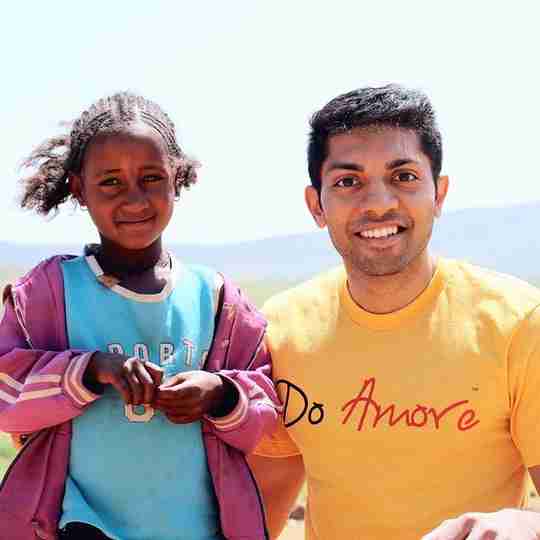 Krish Himmatramka is the founder of Do Amore.

The idea for the company came when he was working in the oil industry. He realized that while drilling for oil, they would always hit water first.

If it is so easy to drill, Himmatramka asked, why didn’t everyone have access to clean water?

At the same time, he struggled to find an ethical ring for his girlfriend, and the idea of Do Amore was born. The name is Latin for “I give with love.”

Do Amore sells fine jewelry, and a part of every purchase goes to build wells for people in need around the world.

What you can find at Do Amore 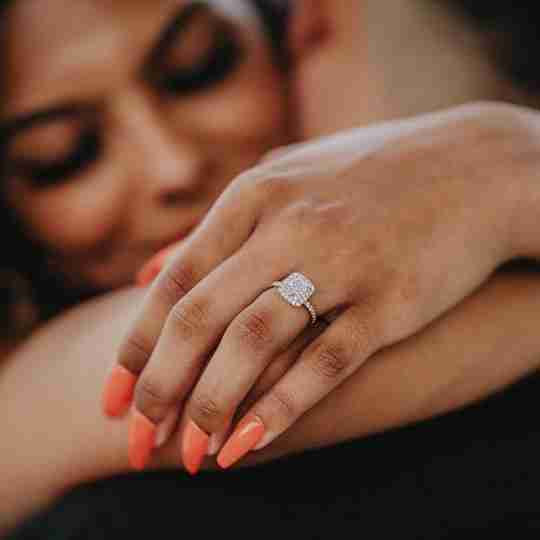 Do Amore is an online jewelry retailer like James Allen or Blue Nile.

They sell both premium engagement rings and wedding bands, along with loose diamonds and other gemstones. You can see the actual gems from the jeweler wholesaler and buy without the overhead of brick-and-mortar chains.

Unlike some larger chains like Kay Jewelers or Zales, this brand doesn’t have a large inventory of premade Do Amore rings.

To buy a ring, you’ll need to select the type of metal and gemstone, and a jeweler will create it based on your needs. You can choose from their selection of styles or design a custom ring.

Do Amore offers 14k rose, white, and yellow gold, palladium, and platinum. All the precious metals they use are recycled materials instead of newly mined, ensuring they’re environmentally friendly and ethically sourced.

For gemstones, you can choose from natural diamonds, lab diamonds, moissanite, and other gemstones, including sapphires and rubies.

These are ethically sourced, and Do Amore goes beyond the industry-standard Kimberley Process to prevent conflict diamonds.

Is Do Amore jewelry good quality? 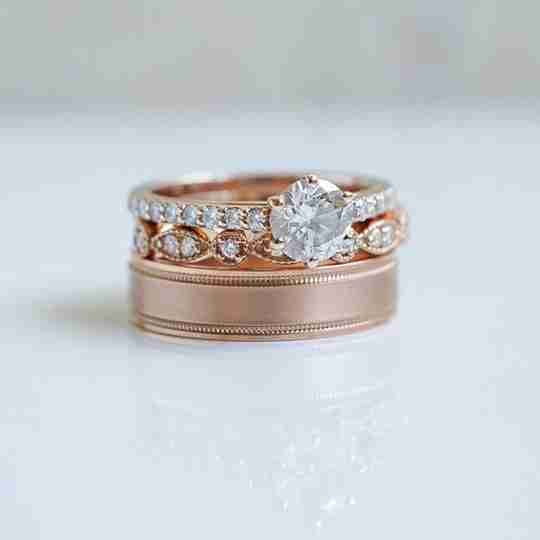 In a word, yes. You won’t find poor-quality rings or gemstones at Do Amore.

The main reason for this is that they use the same diamonds as other highly-respected retailers like James Allen and Blue Nile.

These online jewelers take diamond information from third-party sellers and present it on their website, just like Do Amore. While that might slow down the process a little bit (since the gem isn’t in their inventory), it ensures a high-quality stone and significantly reduces overhead costs.

One area where Do Amore shines is in its use of GIA certifications. GIA is the premier diamond certification lab, and this puts Do Amore ahead of many competitors that continue to use unreliable labs.

While the gems are well-sorted and there is lots of education on selecting a great diamond on the website, one area where Do Amore is a bit behind is their images.

Unlike James Allen, which has HD 360° imagery for every listed stone, Do Amore doesn’t have photos of every product.

Finally, the reviews (which we’ll cover in a second) are very complimentary about Do Amore’s customer service. I couldn’t find a single bad experience mentioned online, which is incredibly rare, as you’ll know from our other jewelry reviews.

Is Do Amore jewelry ethical? 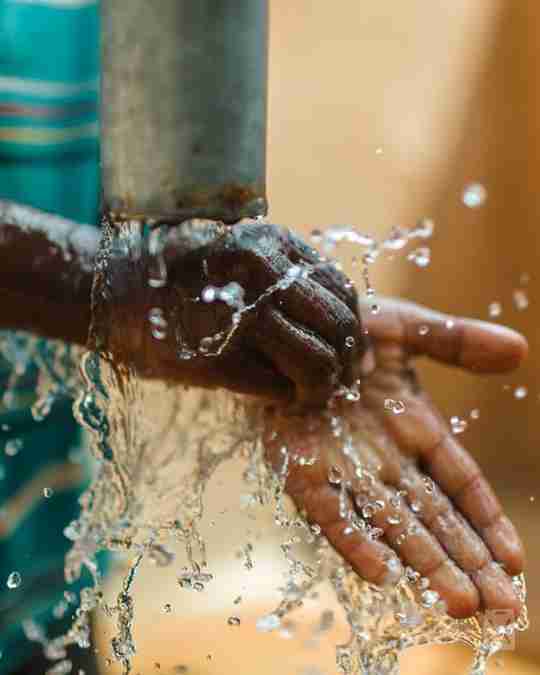 We’ve written before about how the jewelry industry is unethical.

And it probably won’t surprise you to learn that just about every jewelry company claims to be doing the right thing.

As I prepared to write this review, I expected to have a negative opinion of Do Amore and call them out on empty marketing promises, just like every jewelry retailer.

But the more research I did, the more I was surprised at the level of detail they follow through with the promises of ethical jewelry.

Let’s start with the basics. They’re signatories of the No Dirty Gold Golden Rules for ethical metals, and they use the Kimberley Process to ensure they don’t sell conflict diamonds.

These are pretty standard in the industry—even Walmart has signed the Golden Rules, and I don’t know of a single jeweler that doesn’t abide by the Kimberley Process.

But Do Amore goes much further in their ethical standards. They only use recycled metals and also sell recycled diamonds, which ensure they’re sustainable.

They also publicly share the data on metal and gem sources, which is an unusual move that sets them apart from other competitors. 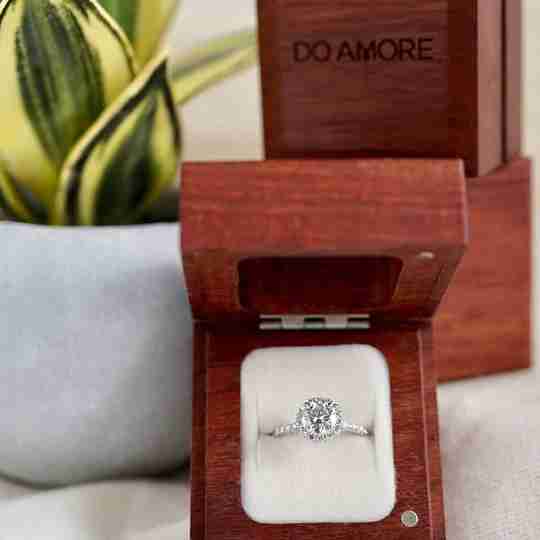 They also use a partner to help ensure their diamonds are conflict-free, which is beyond the Kimberley Process requirements. Even their boxes are made from sustainable wood and contain no plastic.

Besides all that, each ring goes to support building water wells. I was most skeptical of this claim—many charities are ineffective, and I assumed they inflated the cost to afford this.

Neither is the case here.

Do Amore partners with Charity: Water, one of the most highly regarded water charities globally. Charity Navigator gives them an 88.12 score out of 100.

And my assumption that they increase prices to cover this is wrong. Their data shows they spend around 20% of profits on these projects.

Plus, most of their prices are around the same as other online competitors, and they offer a price match program, which would make price hiking impossible.

What do Do Amore reviews say? 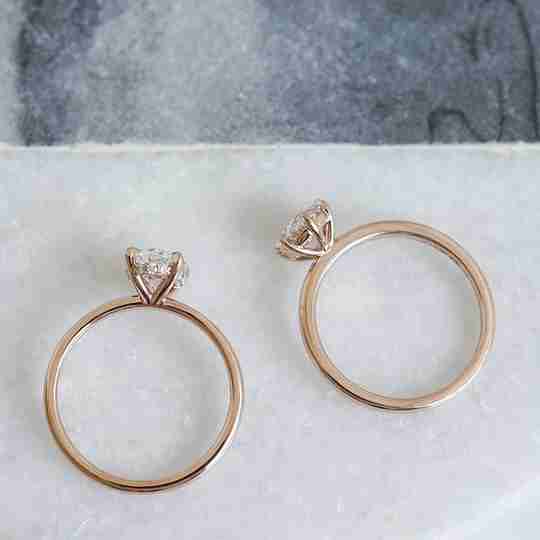 Because Do Amore is a relatively new company, there aren’t a lot of reviews online. Most of the large brands we research have hundreds or even thousands of customer ratings, and Do Amore only has a few dozen.

That said, what is online is very positive.

Do Amore has a perfect five stars on Trust Mamma based on 13 reviews. They’ve earned 4.3 stars on Knoji from seven reviews.

And they have 4.6 of five stars and a score of “Excellent” on Trustpilot.

I’m excited to watch this brand grow and see what more customers have to say.

The final word on Do Amore

If you’re looking for a diamond engagement, wedding ring, or another piece of fine jewelry and want to spend your money ethically, I would look no further than Do Amore.

While a considerable number of retailers talk about ethical and sustainable jewelry, Do Amore is one of the few that passes the test without compromising high-quality fine jewelry.

If you’re searching for a sustainable fine jewelry retailer, look no further.