You’ve heard about Gorjana jewelry, and want to learn more.

You’ve come to the right place!

Gorjana is a brand that sells dainty jewelry similar to what we offer here at Blush and Bar.

Today, we’ll take a look at the pieces Gorjana offers. We’ll look at the quality of their pieces and whether or not they’re a good purchase.

A little about Gorjana 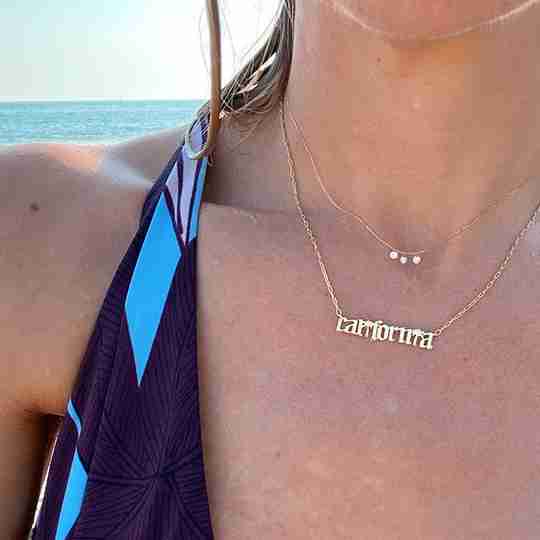 Gorjana is a jewelry brand founded by Gorjana and Jason Griffin Reidel in 2004.

That’s right—the name Gorjana is the name of the co-founder! On the website, it’s typically written in lowercase as gorjana.

Today, the Reidels still own and operate the company. It’s expanded to a multi-million-dollar business that sells jewelry in 1,000 retailers as well as in 18 Gorjana stores.

The Reidels founded the brand in Laguna Beach, where it is headquartered to this day.

While they sell all kinds of jewelry, their most notable piece is the simple, minimalistic Gorjana necklace with California flair.

Overall, Gorjana jewelry is decent quality for fashion jewelry, though you shouldn’t expect a high resale value or long lifespan.

They sell two lines of jewelry. The most popular type of jewelry is affordable fashion pieces. You can expect to pay around $60-120 for most of these rings, bracelets, and necklaces, though there are some earrings for as low as $30. 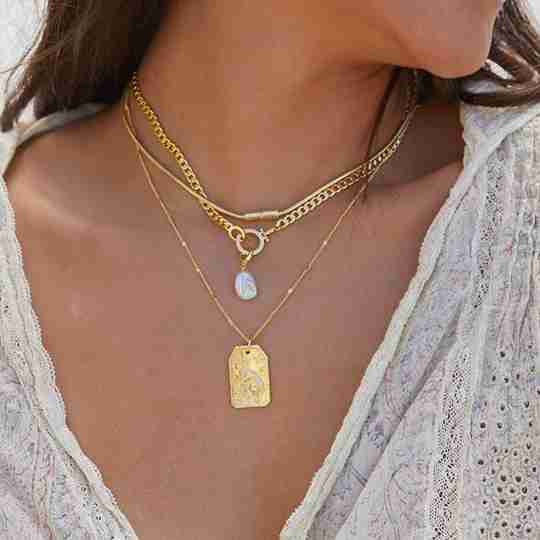 The Gorjana fashion line contains real gold, but it’s not solid or the highest quality. Most pieces are brass, plated with 14 karat gold.

Pure 24K gold is too soft for jewelry, so the industry standard is usually 18K. This is what Gorjana uses in its line of fine jewelry.

Legally, jewelry can be made from as low as 10K gold. So the 14K that Gorjana uses in its fashion jewelry is neither the best nor the worst.

Yes, most of the pieces Gorjana sells are gold-plated. While fine jewelry must be pure gold, jewelry made from another metal covered in gold is common for fashion pieces.

There are three ways to cover a piece in gold.

The first and cheapest is gold-plated, which is what Gorjana uses. The piece can be made from any type of metal covered with an incredibly thin sheet of gold that’s 1/75th the thickness of a human hair. Gorjana uses brass as a base metal.

The second is gold-filled. This method requires that the gold layer is thick enough that the entire piece is 5% gold by weight.

The third is gold vermeil (ver-MAY), which we use at Blush and Bar. The piece is made of sterling silver and coated with a thicker layer of gold, five times as thick as gold-plated jewelry. Because vermeil is made entirely of precious metals, it’s often called demi-fine.

That’s because gold doesn’t tarnish, and even 14 karat gold will hold up well. However, the problem with gold-plated jewelry is that the gold wears off quickly.

Within a few months to a year, the gold will start to come off and expose the metal underneath. In the case of Gorjana, that’s brass.

And as you probably know, brass does tarnish. It’s also infamous for turning your skin green when you wear it.

To be fair, this green mark is harmless and disappears in a few hours. Still, it’s not exactly pretty.

Gorjana prides itself on its unique jewelry designs.

Like the breezy California beach town where it was founded, Gorjana draws inspiration from the West Coast’s laid-back, ocean-inspired style.

Gorjana has some designs you won’t find anywhere else, especially with their line of necklaces.

If you read reviews, you’ll notice that most of the praise is for their unique designs and Californian style.

Where to buy Gorjana jewelry 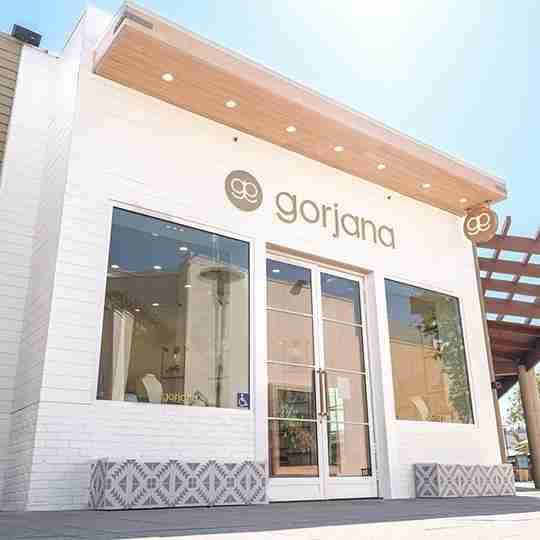 Gorjana began in 2004. The founders started selling the jewelry in person, then later expanded to deals with other retailers.

Today, they have over one thousand different retailers nationwide, so if you’re in the United States there’s sure to be a store with Gorjana near you. Major brands that carry Gorjana include Nordstrom, Neiman Marcus, and Bloomingdale’s.

You should know that these retailers will add their own margins to the product, so their prices may be higher than what you’ll find on Gorjana.com.

You can also order online through Gorjana.com or Amazon.

In 2016, Gorjana also opened its first brick-and-mortar store. There are now 18 across the country in California, Arizona, and New York.

While this makes it convenient to buy a piece at a physical store nearby, it also means prices are higher. Gorjana must cover the costs of rent, electricity, insurance, and staff, which is built into the price of their jewelry.

The bottom line on Gorjana jewelry 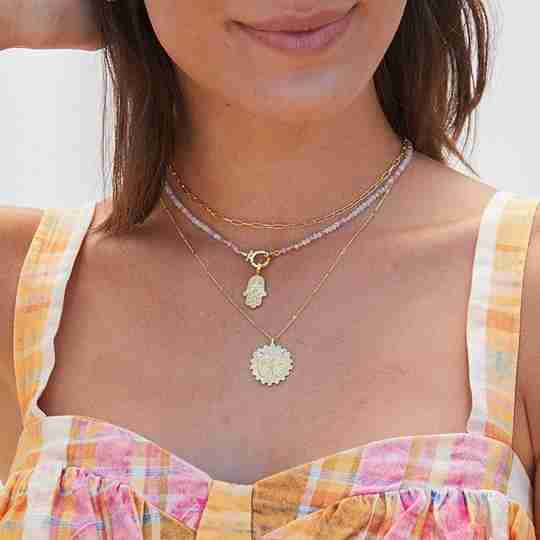 Gorjana is a fashion and fine jewelry brand that prides itself on its California-style design, especially its line of unique necklaces.

It’s a family business founded and owned by Gorjana and Jason Reidel.

Gorjana’s fashion jewelry is mostly mid-range brass pieces with 14 karat gold plating. As far as fashion jewelry goes, this isn’t a bad mix, but it’s also not the best you can find on the market.

Gorjana’s prices are affordable, but industry experts will quickly realize they’re priced at a premium for what they are (99.95% brass). This is in part due to Gorjana’s brick-and-mortar stores and retail sales markup.

If you’re a fan of their designs and find Gorjana on sale or fall in love with a piece you can’t find anywhere else, it’s not a bad buy.

But if you’re looking for quality fashion jewelry at an affordable price, there are other brands that offer better value for the same or even higher-quality jewelry.

Save or Splurge: How Much To Spend on an Engagement Ring

ELLE Magazine: Is a Subscription Worth It?

White Topaz: Everything You Need To Know

What Is White Gold: All Your Questions Answered