What Is Tungsten: Your Go-To Guide

If you’ve ever wondered, “What is tungsten?” you’ve come to the right place.

In this guide, we’ll explore everything you ever wanted to know about tungsten carbide, from what it is to why it’s worth considering in jewelry.

If you’re keen to find out more, keep reading!

After a head-turning ring? Check out some top pieces from the Blush & Bar jewelry collection below: 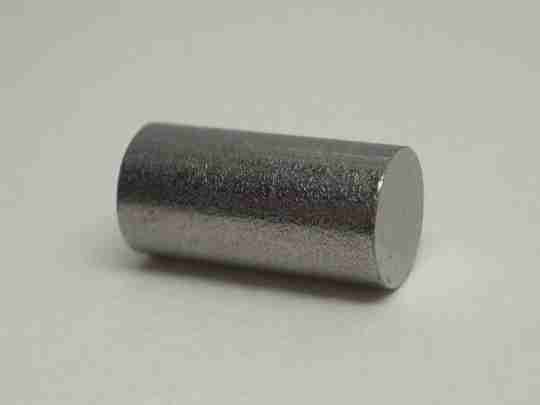 Let’s start by answering your most burning question: What is tungsten?

Tungsten carbide is a rare type of refractory metal known for its extreme hardness and use in a range of products.
Often referred to as tungsten, it’s a chemical element represented by the symbol “W” (for “wolfram,” tungsten’s other name) and the atomic number 74.

Tungsten carbide occurs naturally in various minerals, including scheelite, huebnerite, wolframite, and ferberite, which are collectively referred to as tungsten ores.

As mentioned, the property tungsten is most known for is its high hardness. However, it’s important to note that as pure tungsten is very soft, tungsten’s strength comes when it’s made into compounds.

Interestingly, pure tungsten can be made into a fine powder called tungsten powder. This powder is used to create strong and durable proprietary alloys, as well as other finished products.

Tungsten also boasts an incredibly high melting point of 6,192°F. This makes it the element with the highest melting point.

Some people mistake tungsten carbide for cemented carbide. However, they are not the same as they have several notable differences.

And in case you’re wondering what tungsten steel is, it’s defined as “any steel that has tungsten as its alloying element with characteristics derived mostly from the presence of this element.”

What is tungsten used for? As you may already know, tungsten is used in all kinds of jewelry—particularly men’s wedding bands.

However, it’s more frequently used in a range of everyday and industrial items. It is often used in different types of steel to boost both their hardness and strength.

Some examples of other items you’ll find tungsten in include:

Many of the items listed above are used in military operations.

That’s because tungsten metal’s heat-resistant properties make it suitable for use at high temperatures. This makes it an ideal metal to use in heating elements for military equipment and tools, as well as other high-temperature applications.

Why should I consider buying a tungsten wedding band?

For starters, a tungsten carbide wedding ring is the perfect choice for anyone who is looking for something a bit different from a standard wedding ring.

They’re also one of the most stylish hypoallergenic rings around. Plus, they are tarnish-resistant and have a high scratch resistance to boot!

Tungsten bands tend to be more affordable than weddings made from gold and other precious metals. This is one reason why tungsten carbide rings are considered a great replacement wedding band option.

Where can I purchase a tungsten ring?

A post shared by I Live 4 Gems Jewelry Trinidad (@ilive4gems_trinidad)

If you have decided to purchase a tungsten ring, you’re in luck.

Many well-known jewelry brands carry tungsten carbide jewelry pieces, so you won’t have any trouble tracking down the perfect tungsten ring for you or your loved one.

Some popular brands that stock tungsten jewelry include Jewelry By Johan, VANCARO, and Forever Gifts.

What are some tungsten carbide ring alternatives?

The most popular alternative to a tungsten carbide ring is a titanium ring. They are very similar in terms of looks, hypoallergenic properties, high hardness level, and price.

If you are open to looking at other types of metal rings, why not browse some gold and sterling silver options?

Before you say the cost is off-putting, we have news for you!

At Blush & Bar, we offer a stunning range of affordably priced 18K yellow and rose gold vermeil rings, as well as 925 sterling silver rings. Our rings are lovingly designed and crafted and even come with a lifetime warranty. Take a look today!

Is a 2 Carat Diamond Too Big for an Engagement Ring?

Farmasi: Should You Try It (or Steer Clear)?

What Is a Tennis Bracelet? The Ultimate Buying Guide