Find your ring size fast and easily with our Ring Size Guide!

What is the January birthstone?

A jeweler crafts traditional birthstone jewelry with special gems particular to each month. These symbolize birthdays, anniversaries, and milestones that occurred during that time.

Many months have one or two birthstones, usually a traditional stone and a modern gem. December even boasts three birthstones! However, there's only one January birthstone — but don't let that get you down.

Though the traditional January birthstone color may be a deep red, you’ll also find these sparkly gemstones in a range of rainbow hues like green, yellow, and purple. And that means you have endless possibilities for creating or gifting a unique jewelry piece.

After all, wearing birthstone jewelry is supposed to bring good luck and happiness. It's also an affordable yet meaningful way to personalize jewelry for yourself or a loved one.

So this guide contains everything you need to buy January birthstone jewelry with confidence. And it starts with an introduction to the remarkable gem of the month. 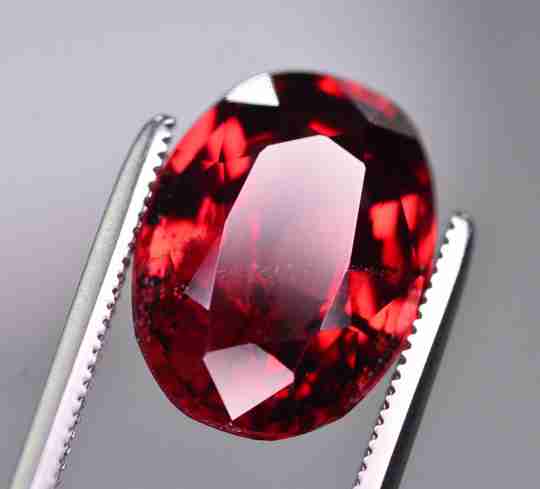 What is the January Birthstone?

Garnet is the official January birthstone. It’s not one of the four precious gemstones (diamond, ruby, emerald, and sapphire), so it’s considered a semi-precious gem.

Garnet jewelry and its ornamental use on weapons and talismans goes back 5,000 years. Credit for the discovery of red garnet goes to the Ancient Egyptians. And some experts claim it was the Ancient Romans’ favorite precious stone. 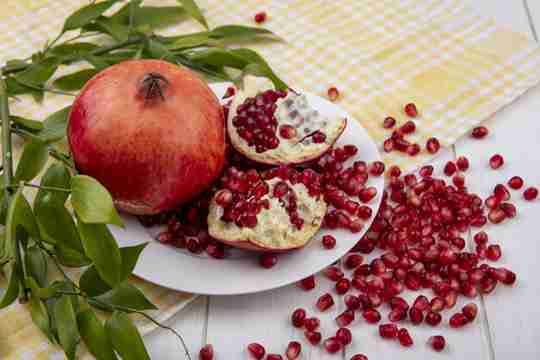 A garnet gemstone is rarely treated; most are a stunning ruby shade mined right from the earth. That may be why ancient civilizations associated deep red pomegranate seeds with scarlet-colored garnet.

But like we mentioned earlier, this pretty stone comes in many shades and colors.

The garnet gemstone family is one of the most complex groups of minerals. You'll encounter over 20 different species and varieties of garnet gemstone, each categorized by type and color.

Here's a quick rundown of the most popular garnet gems:

Demantoid garnet shines in medium-green tones and has all the luster and fire of a diamond. It's one of the rarest and most valuable garnet varieties in the world.

Tsavorite garnet also shows off vibrant greens that make it look like an expensive emerald.

Mandarin garnet, a highly-prized variety, is a juicy, bright orange color like its namesake citrus fruit. 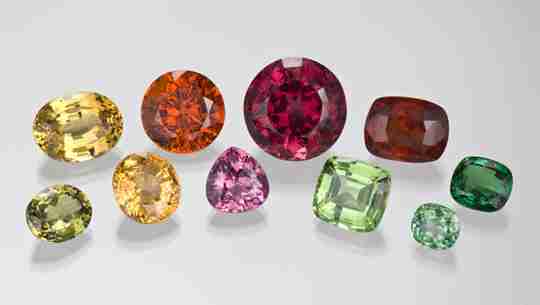 Recent discoveries in Kenya, Tanzania, Sri Lanka, and Madagascar have revealed the Color Change garnet (which sits between Pyrope and Spessartine). These garnets display a green/blue color in daylight and fluorescent light but turn a deep red/purple under incandescent light.

Check out this video of a Color Change garnet stone transforming from violet-red to a stunning blue-green:

See why you have so many options for January birthstone jewelry? You don't need another birthstone when garnet jewelry comes in so many colors. And part of that has to do with where garnet is formed and mined.

Where Does Garnet Come From?

Garnet forms in all types of rocks and can be found on every continent (except Antarctica). It's mined in over 30 countries worldwide.

During the 1800s, green garnet appeared in the Ural Mountains of Russia and became highly beloved by the Russian royal family. These Demantoid garnets are still mined in Russia and have been found in Italy, Korea, Namibia, and Zaire. Their green Tsavorite garnet relatives mainly come from Kenya, Tanzania, and Madagascar.

India and Sri Lanka boast the most Hessonite garnet. And Spessartine garnet has a niche in Bavaria, Germany, making them a local favorite.

Though Africa mines most of the world's garnet supply, garnets are mined in Myanmar, Brazil, Iran, Afghanistan, Pakistan, and the United States (in places like Kentucky, California, and North Carolina) as well.

Is Garnet Right for You?

Garnet makes an affordable gem option to celebrate a January birthday, anniversary, or special milestone (like graduation or retirement).

You can score a garnet birthstone in almost every color of the rainbow, making it easy to customize gorgeous January birthstone jewelry for anyone's signature style.

Plus, garnets play well with other birthstones like topaz, aquamarine, tourmaline, and pearl. And it looks equally fantastic in sterling silver, yellow gold, and rose gold settings. 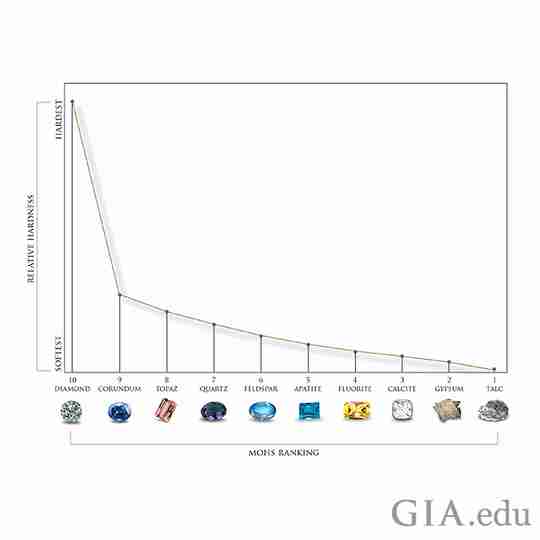 This means you could easily scratch or damage garnet gems during everyday wear and tear.

So if you’re very active or rough on your jewelry, you may want to skip the birthstone garnet ring and opt for a pair of garnet earrings.

How to Buy Garnet

Because garnet is so widely available, it’s a pretty affordable gemstone.

Traditional Pyrope red garnet and Hessonite varieties sell for less than $50 per carat. And rosy Rhodolite garnet begins around $100 per carat. However, rare garnet varieties are a different story.

If you want to know how to buy garnet, just use the 4C's of diamond buying as your guide. These four factors will help determine the quality and value of a garnet:

#1. Color, the most important quality in garnet selection. No matter which color variety you choose, look for deeply saturated stones. Consider how the garnet reacts under both natural and synthetic light sources. The richer the color, the more expensive and valuable the garnet.

#2. Clarity. Certain garnet types may contain inclusions (i.e., slight blemishes inside the gem, such as a fracture or bubble). Inclusions are very rare in red garnets, but you may see them in lighter yellow or orange stones. These unique formations may add value or degrade the value of the stone, depending on the jeweler.

#3. Cut. Look for cuts that evenly spread light over the surface of the garnet. This will help bring out the garnet’s deep color and enhance its beauty and sparkle when it catches the light.

#4. Carat. You can buy garnets in all shapes, sizes, and carat weights. Large carats are more common with traditional stones, so prices won't rise significantly based on weight. Anything over a carat is very rare for Demantoid and Tsavorite garnet, so gem prices will increase dramatically as carat weight does.

Now that you know more about garnet's technical background, let's dive into the symbolism and lore surrounding January's birthstone. You can then impress all your friends with these garnet fun facts:

Many months have both a traditional and modern birthstone. For January babies, garnet takes both positions.

However, if you're not feeling a garnet birthstone, some gemologists now consider rose quartz a January birthstone alternative. This pink member of the quartz gemstone family doles out major flirty, romantic vibes sure to capture attention!

We have two gorgeous options for an alternative January birthstone ring in pink quartz. Each ring pictured comes in .925 sterling silver, yellow gold, or rose gold to perfectly suit your style. 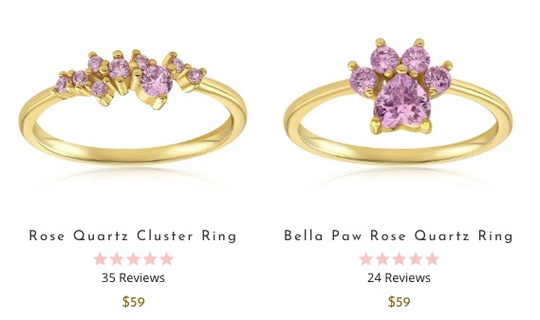 The Final Word on January's Birthstone

Now that you've made it to the end of this January birthstone guide, you can shop for garnet birthstone jewelry with all the confidence of a gemologist.

As we've seen, garnet gems come in a variety of color choices and price points. Look for intense, deeply saturated stones whether you choose a traditional ruby-colored Pyrope or an emerald green Demantoid garnet. And if you're shopping for an edgy January birthstone alternative, give pink quartz a try.

No matter which choice you make, giving personalized garnet birthstone jewelry to celebrate a special day in January will delight for years to come — even if it's just for yourself!