Find your ring size fast and easily with our Ring Size Guide!

What is the November birthstone?

Like many months, November actually has two birthstones: topaz and citrine.

Though topaz comes in a rainbow of colors (from red and yellow to purple and blue), the warm yellow variety is most popular during the autumn month of November. Similarly, fall-themed citrine ranges in color from yellow and orange to honey or golden amber.

When side-by-side, these sunshine-colored gemstones can get mistaken for each other even by a professional jeweler!

That's why we created this ultimate guide to November birthstones. You'll learn everything you need to know about topaz and citrine before you make a purchase, including a few fun facts. 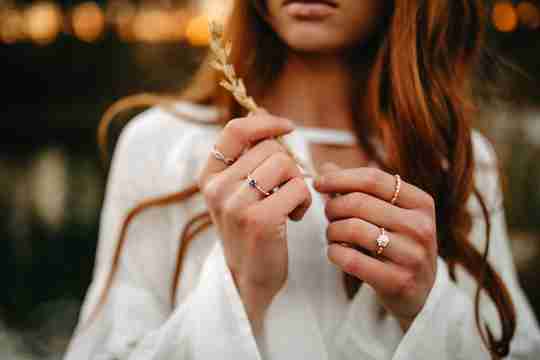 What are the November Birthstones?

The American Gem Society says that while topaz is traditionally November's birthstone, citrine is recognized as a more modern, popular, and practical second choice.

Let's jump into their similarities and differences:

Everything You Need to Know About Topaz 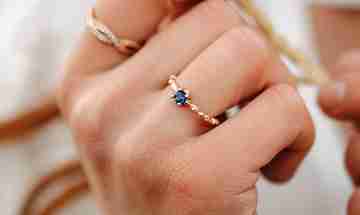 Before gemologists started officially classifying them, all yellow gemstones were known as topazes.

However, mineralogists and gem experts now say topaz is a specific gem species formed from mineral silicates of fluoride and aluminum. These crystallize inside lava flows or inside rocks solidified by lava. 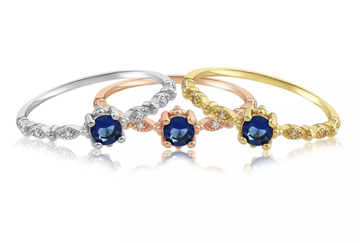 Naturally occurring topaz is colorless. Flaws and impurities in the mineral create a wide range of colors and hues. As a pleochroic mineral, you may see several colors when viewing topaz from different angles.

In addition to naturally-mined topaz, modern irradiation and heating processes flood the market with topaz stones in every color of the rainbow. These processes are undetectable from naturally-occurring topaz to the naked eye.

The most common topaz stone colors include:

Because so many different topaz types exist, gemologists tried to organize the most popular by color family. So you’ll see several topaz gemstone varieties on the market, such as:

Where Does Topaz Come From?

Mining for topaz took off during the 1800s and has continued into the modern day across countries such as:

Brazil. Miners have been plucking large deposits of yellow, orange, red, pink, and violet topaz from Minas Gerais (a state in Brazil) and Ouro Preto (a UNESCO world heritage site) for over 200 years. Brazil is still the largest natural topaz producer.

Pakistan. A very rare and sought-after pink topaz with a hint of violet (called cyclamen pink) has been found in the small town of Katlang.

Topaz is now also mined in:

Topaz is one of the most common gemstones around, making it an affordable November birthstone jewelry option. And since it's colorless, natural topaz is quickly becoming a trendy, budget-friendly diamond alternative for engagement rings.

Typically, yellow, orange, and brown topaz are the most abundant and least expensive. Rare, naturally-occurring varieties of deeply-colored Imperial Topaz, on the other hand, are much higher in price.

How to Buy Topaz

Since topaz comes in such a wide array of color choices, you're sure to find November birthstone jewelry to fit anyone's style.

One of the most important factors to consider when buying topaz is color. The richer and more intense the hue, the more valuable the topaz. Just remember that most colored topaz is heat-treated or irradiated, and it's almost impossible to tell treated topaz from naturally-mined colored topaz stones.

As far as your investment goes, topaz is a durable stone (measuring an 8 on the Mohs scale of hardness). So you can confidently wear your topaz jewelry every day without fearing damage from normal wear-and-tear.

Share these fun facts about topaz with your friends or social media followers:

Now let’s move on to November’s other birthstone…

Everything You Need to Know About Citrine 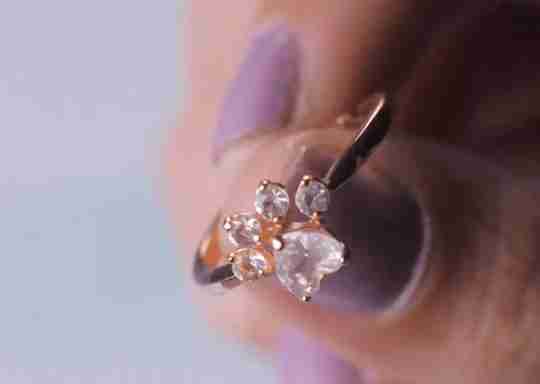 Citrine is the second of November’s birthstones. It’s a gemstone in the quartz family, like amethyst, gray smoky quartz, and rose quartz.

Thanks to its naturally-occurring yellow to honey, amber, and orange hues, this gemstone used to be called “yellow quartz.”

But as it grew in popularity, it became known as citrine, named after the French word for yellow/orange citrus fruits (citron).

Different locations create different shades of citrine, from pale yellow to orange and brown. This warm hue is caused by small iron traces and impurities inside quartz crystals, which is incredibly rare in nature.

That’s why most of today’s citrine is created by heat-treating less expensive varieties of quartz (such as amethyst). This process of using extreme heat turns purple crystals into golden-brown and fall-colored November birthstones.

Where Does Citrine Come From?

Citrine can be found almost anywhere in the world. It’s most often discovered in regions with high amethyst deposits.

Citrine mining is now widespread in:

The world has a healthy stock of citrine, making it one of the most affordable gemstones on the planet. Plus, since modern treatment methods can turn less expensive quartz into citrine, it's usually cheaper than topaz when it comes to November birthstones.

The price of citrine doesn't go up as you increase carat size like diamonds. You can purchase a dainty citrine ring, citrine earrings, or a large citrine gem up to 20 carats at equally modest prices.

Citrine is also durable enough to withstand everyday wear; it scores a 7 on the Mohs hardness scale. So no matter the size, citrine jewelry is sure to fit everyone's budget and lifestyle.

How to Buy Citrine

Citrine jewelry makes a perfect gift whether you're looking to surprise someone for their November birthday, wedding anniversary, or any other special day in November.

The best way to evaluate citrine is by color. The richer the stone's color, the more valuable the citrine birthstone. Look for highly-saturated stones in earth tones like yellow, amber, orange, and deep honey/light brown hues. A less expensive citrine gemstone may appear pale or smoky in comparison.

It can be challenging to gauge a stone's true warmth since most citrine gems are heat-treated to enhance their appeal. That's why it's essential to know and trust where your birthstone jewelry comes from.

Did you know these fun facts about citrine?

Wearing your birthstone is supposed to bring good health and positive vibes your way. And giving birthstone jewelry to celebrate or commemorate a special day in November ushers in good luck for both giver and wearer. Since topaz and citrine come in so many colors, you have endless possibilities for gifting and accessorizing.

If you’re on the hunt for classy, modern November birthstone jewelry, you have to meet our Garen Blue Stone Ring.

The Garen stuns and turns heads like more expensive precious gemstones, but with a far more reasonable price tag - starting at $59! 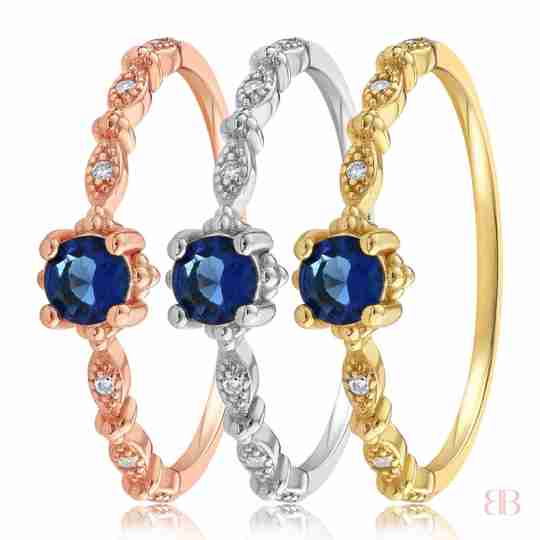 Plus, all Blush and Bar jewelry comes with a lifetime guarantee (and we mean lifetime).