Is This Deadly Metal Hiding in Your Jewelry? - Blush and Bar

Is This Deadly Metal Hiding in Your Jewelry?

Do you know the metals your jewelry is made of?

Would you be surprised to learn that a dangerous heavy metal might be among them?

The reports covering what’s in our jewelry are shocking.

More than one report has found that lethal cadmium is in the products we wear—and yet the U.S. government refuses to ban it.

First, let’s take a step back and explain what cadmium is in the first place.

Cadmium is a metal that occurs naturally in the earth. In its natural state, cadmium is silver-white and tinged with blue. 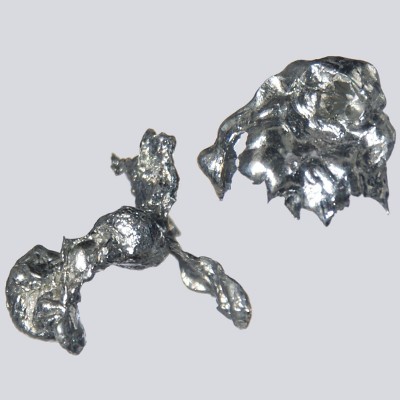 It’s an important component of various electrical devices, and around 600 tons are produced each year in the United States.

But unlike similar metals like zinc and magnesium, cadmium serves zero purposes in the human body.

Unfortunately, that doesn’t stop our bodies from absorbing it.

When cadmium enters the body, 30% gets stored in the kidneys, 30% in the liver, and therest across other tissues.

And since it takes25 years for our body to get rid of just one-half of accumulated cadmium, it just keeps building up.

There are trace elements in the environment, and it’s increased with industrialization.

That’s why at birth, infants have no measurable levels of cadmium. But by old age, most of us will have between 9 and 50 milligramsaccumulated in our bodies.

That’s not enough to cause serious damage. But if cadmium builds up to toxic levels, dangerous things start to happen.

Cadmium’s effects on the body

In the body, cadmium interferes with zinc and magnesium, important metals that keep us healthy.

For short-term exposure, the most obvious effects may feel like abad case of the flu.

When we breathe in too much cadmium (inhalation causes the fastest body absorption), a victim might experience a fever, chills, and muscle pain.

But that’s just in the short term. Over the long term, cadmium damages nearly every system in the body.

Cadmium can cause lung damage and may be one of the causes of tobacco-related lung cancer.

As one of the thousands of chemicals present in tobacco and e-cigarette smoke, researchers believe there’s a link to cancer from smoking, but the evidence isn’t clear at this point. 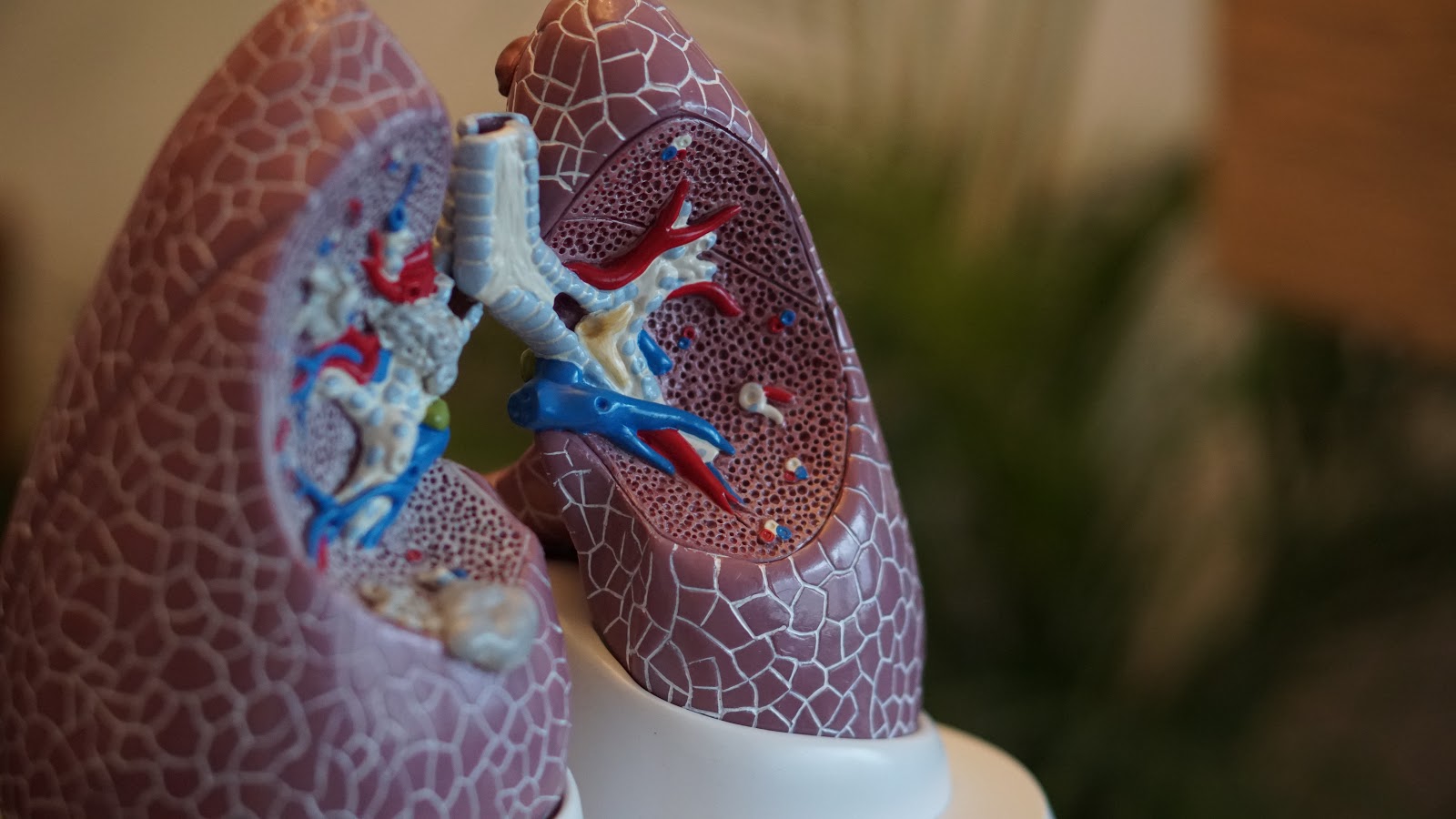 One thing we do know is that cadmium is a cancer-causing agent. It’s been linked to cancer in the lungs, kidneys, and bones.

The most serious and noteworthy effects, however,are on the kidneys.

It typically takes ten years for cadmium that’s accumulated in the kidneys to start causing damage—making it a silent, lurking killer for a decade after exposure.

The most severe effect is renal tubular dysfunction.

I didn’t know what that meant, either, and looked it up. Basically, cadmium damages the tubes that allow your kidneys to process toxins and eliminate them through urine.

When that happens, your kidneys stop working as they should, and toxinsof all kinds accumulate in the body.

Cadmium has also been linked to kidney stones. Kidney stones appear in as many as 44% of people with high cadmium exposure, compared with 5% of the general population.

While cadmium accumulates in the bones, it typically doesn’t cause damage that way.

Instead, problems arise alongside kidney problems.

Without the kidneys processing harmful chemicals in the body, they build up in the blood.

These chemicals then weaken bone structures, especially where arteries come into close contact with the bones.

This results in osteoporotic fractures. Basically, the bone weakens to the point where it cracks on its own.

There are some indications that cadmium causes damage to infants in the womb.

It can cross the placental barrier, meaning the mother’s exposure can reach the baby.

And while the research is inconsistent at this point, there’s some evidence to suggest cadmium leads to birth defects.

Cadmium has also been linked to a few other problems, such as the blood disease anemia and teeth turning yellow.

So with that in mind, how does this deadly metal reach us?

How cadmium gets inside our bodies

The most common way we’re exposed to cadmium is through food.

It’s absorbed through the soil by vegetables like leafy greens, starchy roots, and cereals like rice and wheat. Cadmium also accumulates inseafood like mollusks and crustaceans.

If you smoke, you’re also receiving heavy doses of cadmium. Smokers can haveup to four times as much cadmium in the blood as non-smokers.

You can also have high exposureif you work in industries that involve soldering, welding, galvanizing steel, or electroplating.

Plus, just about every modern home has plenty of cadmium lying around in consumer electronics, like television screens and batteries.

This is why it’s important not to throw away electronics in the trash, as a landfill is a perfect way for cadmium to leak into the soil. 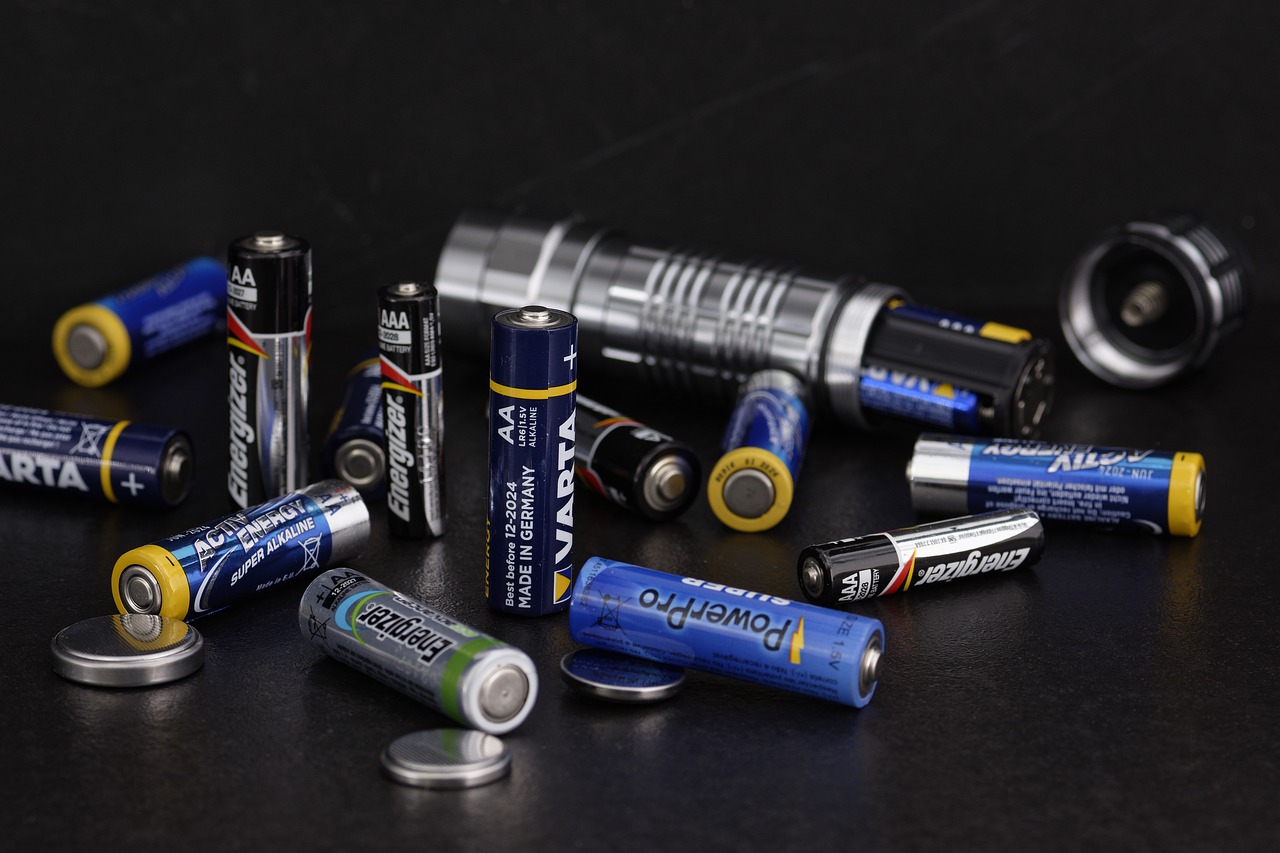 But the scariest way cadmium gets into our homes?

In jewelry and toys illegally filled with the deadly metal.

A 2010 report by theAssociated Press found staggering levels of cadmium in a number of pieces of children’s jewelry.

Of the 103 samples they inspected,12 were found to contain cadmium, with levels as high as 91% by weight.

These were pieces marketed to children and sold in places like Walmart, Claire’s, and dollar stores.

When researchers tested how much cadmium could leak into a child’s body from the stomach, the results were devastating. 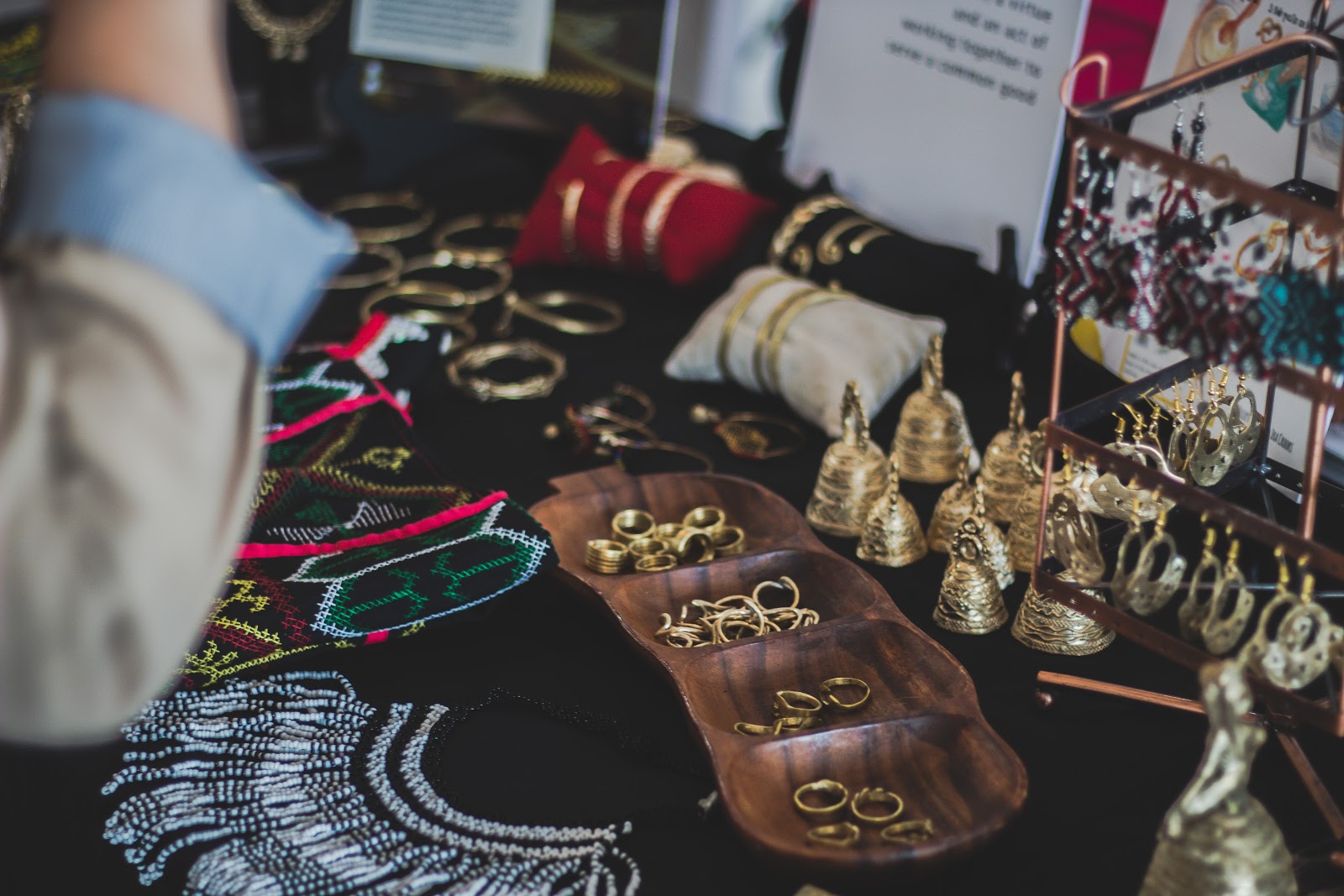 The so-called stomach acid test showed that at least one piece shed as much cadmium in 24 hours as a year’s level of maximum exposure for a 33-pound child.

After the study was released, the U.S. Consumer Product Safety Commission was petitioned to further regulate cadmium in children’s products.

But it never happened.

Instead, the CPSC determined current limits were sufficient,killed the petition, andpublished recommendations for “acceptable daily intake” amounts of the toxic metal.

Since then, the reports of cadmium in jewelry have grown.

In 2018, another report found asmuch as 100% cadmium in jewelry marketed to adults in chains like Ross, Nordstrom Rack, Walgreens, and Papaya.

While the ban on lead was a positive step, many unscrupulous manufacturers just replaced their lead fillers with cadmium—an even more dangerous metal.

So, how can we limit our exposure?

How to avoid cadmium

Unless you live near or work in a mine or metal processing plant, you probably don’t need to worry about environmental exposure.

If you smoke, cut out tobacco (including e-cigarettes), as it’s one of the most toxic sources today. 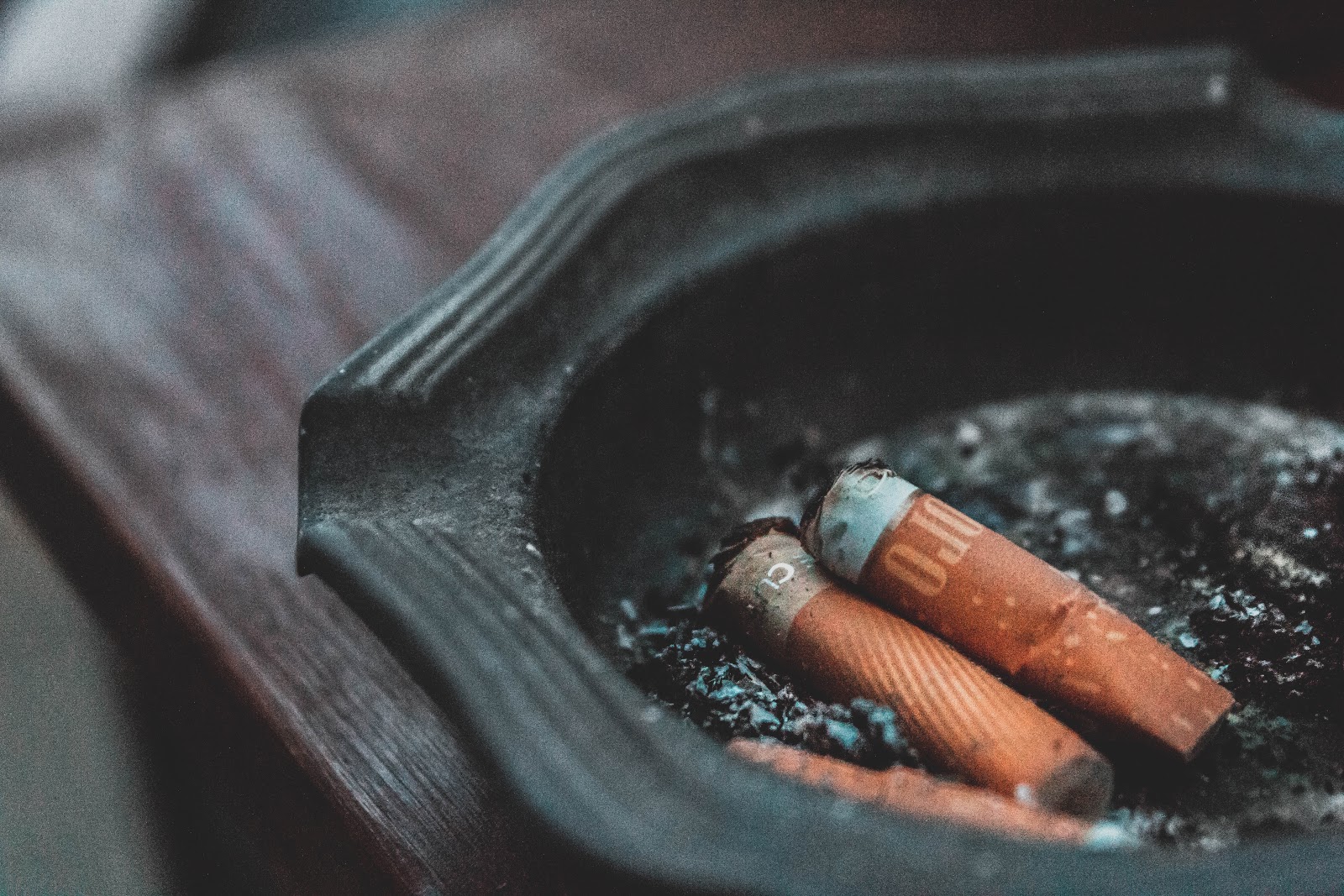 Finally, be selective about the toys and jewelry you buy.

For any jewelry—especially those for children—ensure you’re buying from a verified manufacturer with strict quality control.

Ideally, buy from a company based in the United States or Europe.

Cadmium is a lethal metal that’s sadly not regulated to the extent it should be.

It has several deadly effects on the human body. And to make things even scarier, it’s shown up in lethal amounts in jewelry marketed to adults and children.

Thankfully, with some due diligence and awareness of its effects and sources, we can avoid cadmium in our daily lives.

Keep an eye on possible household sources and only buy jewelry and toys from verified retailers.

If you know someone who’s bought cheap jewelry that might contain cadmium, consider sharing this article with them.

Do you have an existing ring to measure?

STEP 1: Select an existing ring that fits the desired finger.

STEP 2: Measure the internal diameter of the ring (in mm).

STEP 3: Use the chart to determine your ring size.

STEP 1: Get Your Existing Ring (preferably a band)

STEP 3: The circle that best fits inside the ring is the size needed and is indicated below the circle.

PLEASE TURN ON YOUR SPEAKER 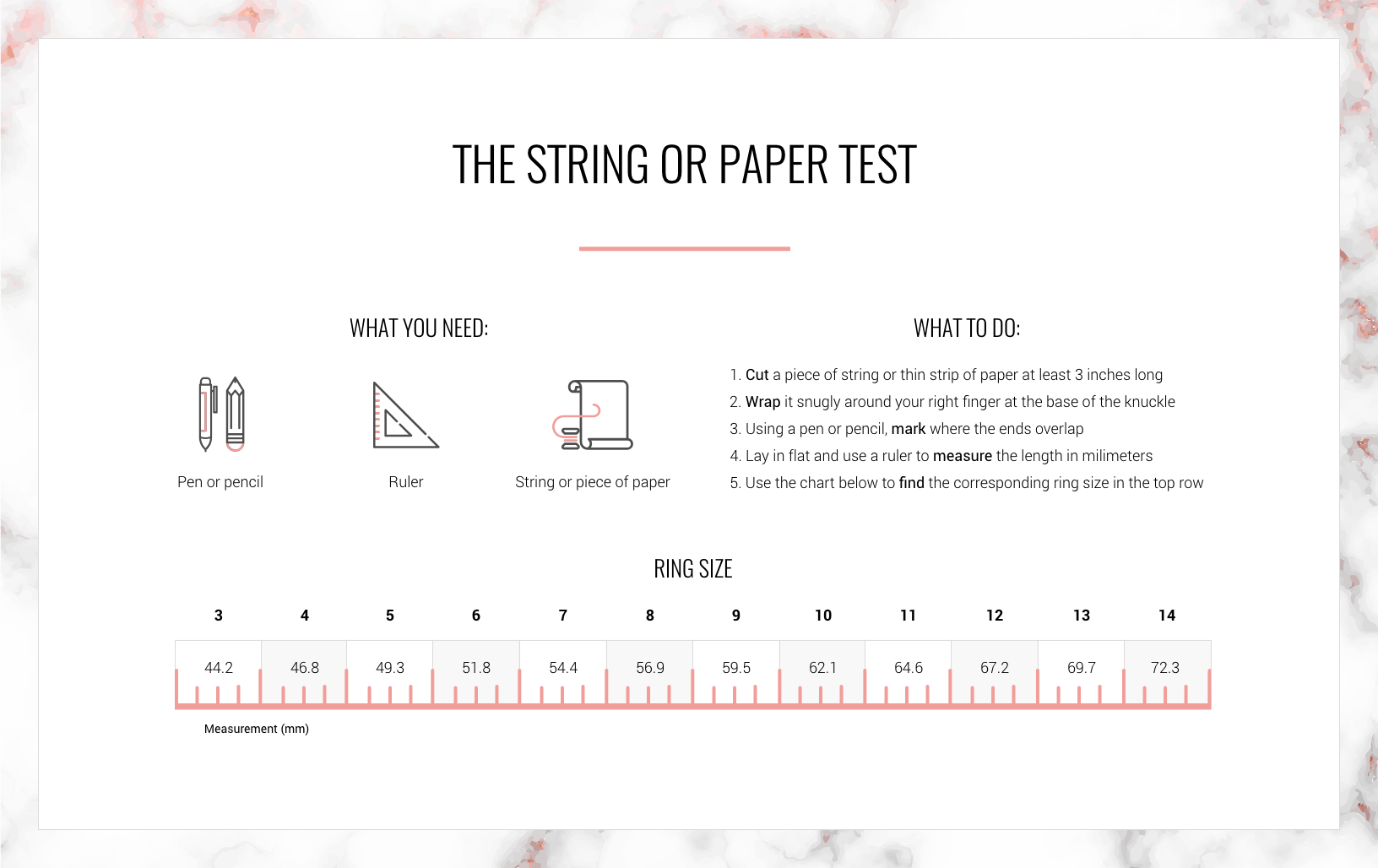 We get a lot of questions about ring size here at Blush and Bar.

Because we sell a lot of our rings online, our customers don’t get a chance to try a ring on before they buy it. That’s why we offer a ring size guide that can help you get the right fit.

Before you begin taking your measurements, pick the finger on which you want to wear your ring. The fingers on your dominant hand tend to be larger than those on your non-dominant hand, so keep that in mind when measuring for your ring size.

Ensure that your finger is at its normal size before taking a measurement. Cold weather can cause your fingers to shrink a bit, while heat or water retention caused by food, medications, or illness can cause finger swelling.

How Do I Measure My Finger for a Ring?

Our ring size guide includes two ring sizing methods: You can use string or a strip of paper to measure your finger, or you can measure using a ring that you already own.

How do I use String as a Ring Sizer?

Take a piece of string, ribbon, thread, or a thin strip of paper and wrap it around your finger, close to the knuckle.

With a pen, carefully mark the spot where the string overlaps with its end and either hold it up to a ruler that has millimeter measurements, or to the graphic below.

Use the chart to determine your ring size.

Do You Have a Printable PDF Ring Size Guide?

Yes we do! Our printable PDF ring size guide is a more accurate way to get a proper measurement. Get it here.

What if I Order the Wrong Ring Size?

We are confident that our ring size guide will help you select the right ring.  But if it turns out that your ring doesn’t fit, don’t worry — we’re going to make sure we get you the right size. Just send us an email and our super friendly customer care team will be happy to exchange your ring for one that is the correct size!

We offer one FREE resizing (within 2 full sizes) of your ring within 30 days of the original shipment date. You will also be responsible for any related shipping cost.

If you require a resizing of more than 2 full sizes, or you are beyond the free resizing period, we would still be happy to perform the resize for you, for a reasonable fee.

To have a ring resized, please follow the link to our Request Resizing Form.

Our super friendly customer care team can help with any other questions you may have about finding your best fit.

Reach out to us here.